Casting for the BBC

John will be discussing how casting for the BBC’s internal casting department works – from receiving the script, to selecting actors to be seen, and the process they have in the audition room. Tips and advice on what you can expect, how to stand out from the crowd, and what preparation you can do to give yourself the best opportunity when you are called in. 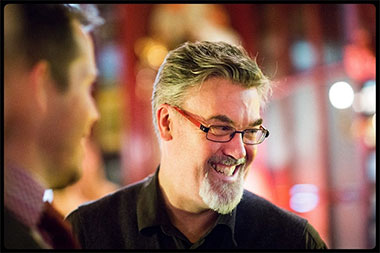 Having originally trained in Stage Management at LAMDA, he worked as an agent’s assistant for three years; John has been working in casting since 1989; firstly as an assistant at the National Theatre. Then as a freelance for a few years before spending ten years with the Royal Shakespeare Company first as Deputy and then Head of Casting. He has been  working at BBC Studios for a little over ten years casting programmes such as Holby, Doctors, WPC 56, Father Brown, Shakespeare and Hathaway as well as David Walliams Mr Stink, The Boy In a Dress, Gangsta Granny and Billionaire Boy.

He has been a member of The Casting Directors Guild for 16 years serving as a committee member on several occasions including two years as Chair.  He frequently participates in workshops with Drama Schools and Arts organisations.